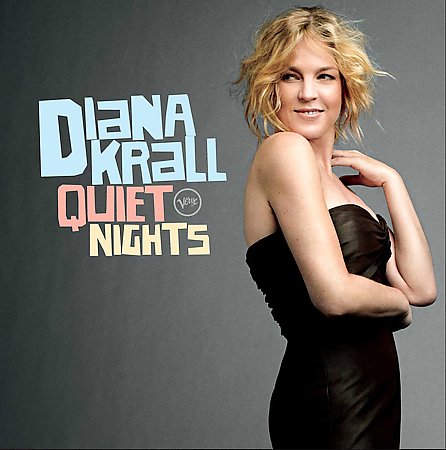 Some music is intended to paint a romantic scene – a candlelit dinner, a walk along a moonlit beach. Quiet Nights – Diana Krall’s twelfth album – ain’t about that. Using Brazil as a musical point of reference, the award-winning pianist and singer is not suggesting a night out; she means to stay in.
“It's not coy. It's not ‘peel me a grape,’ little girl stuff. I feel this album’s very womanly – like you're lying next to your lover in bed whispering this in their ear.”