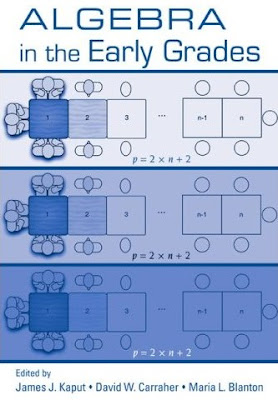 From the Back Cover (AQUI)
This volume is the first to offer a comprehensive, research-based, multi-faceted look at issues in early algebra. In recent years, the National Council of Teachers of Mathematics has recommended that algebra become a strand flowing throughout the K-12 curriculum, and the 2003 RAND Mathematics Study Panel has recommended that algebra be “the initial topical choice for focused and coordinated research and development [in K-12 mathematics].” The book provides a rationale for a stronger and more sustained approach to algebra in school, as well as concrete examples of how algebraic reasoning may be developed in the early grades. It is organized around three themes:*The Nature of Early Algebra*Students’ Capacity for Algebraic Thinking*Issues of Implementation: Taking Early Algebra to the Classrooms The contributors to this landmark volume have been at the forefront of an effort to integrate algebra into the existing early grades mathematics curriculum. They include scholars who have been developing the conceptual foundations for such changes as well as researchers and developers who have led empirical investigations in school settings. Algebra in the Early Grades aims to bridge the worlds of research, practice, design, and theory for educators, researchers, students, policy makers, and curriculum developers in mathematics education. 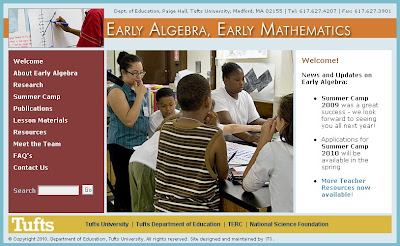